Sarvar is the Hungarian  twin town of Uherske Hradiste which is the Czech twin town of Bridgwater. Which has an annual Fair second only in bigness to the very very big Nottingham Goose Fair. But only geese are allowed to go to that one. So the Hungarians came to Bridgwater.

September is quite a busy time for schools in the UK -seeing as they’re just starting back, and also in Hungary, so the Sebastian Tinodi school gave their intrepid adventurers just 4 days to explore the UK (in it’s approximate entirety), civilise Bridgwater and be back in time for supper.

So we had a go at helping them.

Arriving just before midnight on a Sunday night at Gatwick after flying from Vienna, we met them by minibus and whisked them into the centre of London, narrowly missing a limping urban fox on Brixton High street. Staying overnight at the Holland Park hostel, I suspect they went straight to sleep. 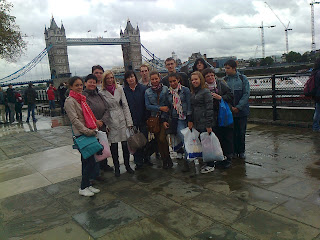 Which would have been a good idea. Because in the morning we carefully parked the bus in a residents parking zone in Islington (where we got booked but let off  by pulling sad faces) and handed out tube passes to the eager Magyars. Starting pistol fired and off we went. Emerging at St James park we saw Westminster Abbey, Houses of Parliament, Downing street, Lifeguards, Trafalgar square, China town, Piccadilly circus and Leicester square. Most of this in the pouring rain. Several thought this might be the time to go on the London Eye.

Jetting across London we re-emerged at Tower of London and walked the river walk past City hall, London Bridge, Southwark cathedral, the Globe theatre, Tate, Millenium Bridge and St Pauls. 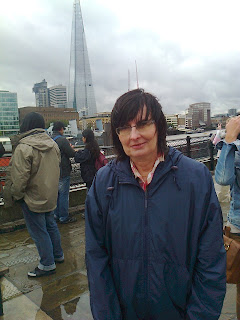 Leaving London for Somerset they wanted to take in Stonehenge. Probably not the best idea as by now it was dark. I don’t have a picture, but to recreate the view simply turn off your light, your computer, close your eyes and put your jumper over your head. Oh, and then get out of the minibus.

Reaching Bridgwater a meal was waiting them courtesy  of the lovely Jana and her jacket potato recipe. Largely ‘potatoes’. And a quick quiz to see what they’d learnt from their day in London. Quite a lot it seemed. They could recognise Boris Johnson but not Ed Milliband and they thought Ben Nevis was Mount Everest. However, the girls team won and got the chocolates.

The next day their expedition proper started. Visiting Bridgwater College they met the Media students who were planning to come with us to Hungary next year and took part in a series of front of camera interviews. 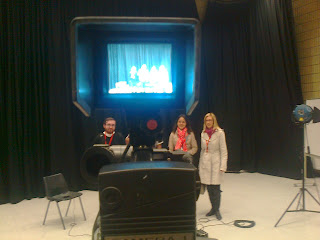 Lunch with the Mayor Cllr Graham Granter and his Mayoress Kay saw them experience not just the finest British cuisine-sausage rolls, scotch eggs , iced buns etc, but also the chance to dress up as a Mayor themselves.

That afternoon we took them on a drive around Somerset and a visit to Weston Super Mare where the rain had finally stopped and they could actually see Wales. So not everything worked out..

For the evening we invited them to a meal at the Green Olive with Bridgwater Internationalists. “The Turks are our traditional enemies” they smiled. ‘Get over it’ we thought. With no sign of a revival of the Ottoman Incursions on the horizon we assumed another great leap forward in International bonding. The waitresses turned out to be Bulgarian.

Wednesday morning was Bridgwater fair. They saw the animals. The buying and selling of the horses, the happy rain sodden ponies,the cages full of puppies (not sure that was so popular..) and something that looked like a llama, but might just have been the ‘country fashions’ stall. Then of course they had to have a go on the most dangerous and vomit inducing ride ‘the megabastard wheel of certain unpleasantness’ and presumably immediately threw up their Welsh cakes. 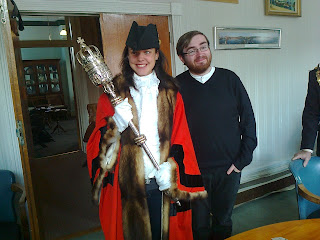 Having had their fill of the fair and running out of time before the school bell rang and they all turned back into pumpkins they decided to fit in Bristol, Oxford and Stow on the Wold. Where they stayed overnight. In the rain. And floods. And darkness. Still, this is what they expected from Britain and we were only dissapointed not to have brought gale force winds and hail into the equasion.

The next morning we whisked them back to Gatwick through the painful yet typical rush hour traffic and then they were gone.